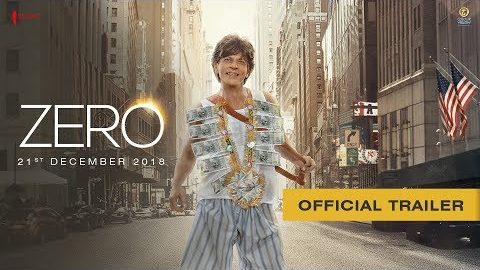 After quite a break from films, Shahrukh Khan is back with the trailer of his much awaited Zero. Incidentally, the actor turns 53 today, so the release of the trailer is a fitting tribute.

Khan undertakes a very challenging role, portraying Bauaa Singh, a man afflicted with "dwarfism" (or to be, technically as well as politically correct, achondroplasia.) Since Shahrukh is actually well above 5 feet, the impression we have of his height was achieved with special effects and a lot of technical wizardry. "Forced Perspective" plays an important part in achieving Khan's new height.

Anushka Sharma's look was a closely guarded secret until the release of the last poster - and now fans can really see the woman behind the wheelchair. She plays a character afflicted with ALS and one of the primary love interests of Bauaa Singh. The stage is set for a hitherto unseen kind of love story.

Initially, Zero was going to be titled Katrina Meri Jaan, but the title was changed to avoid misleading the audience. Nevertheless, Kaif dazzles in her role as a - you guessed it - movie star who falls for Bauaa Singh on turn. So we will be seeing Shahrukh romance Katrina and Anushka on screen for the second time after Jab Tak Hai Jaan.

As for the man of the moment, he shines in the trailer with a kind of panache that is larger than life, even when he is shorter than most of the population. Shahrukh's charm is irrepressible.

Zero is directed by Aanand L Rai and written by Himanshu Sharma, both of who have worked on other successful films like Ranjhanaa and Tanu Weds Manu. Zero is their biggest film to date and expectations are high. The film will be released close to Christmas.

"Perfect is boring, imperfection is much interesting... Our film is also celebrating the same. The story of the film is celebrating a perfect love story of two imperfect people. Though the protagonist of the film is a dwarf but more than the physical disability of an individual, the story talks about the space of emotional incompleteness of our life." 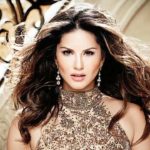 Rangeela - Sunny Leone To Make Her Way To Mollywood!