I watched the movie at Lulu PVR, recliner seats and all that shizz. But what made me book tickets as soon as they were up on BookMyShow? The trailer, sound design and the awesome title track. And of course, Prithviraj.

Ranams trailer in my opinion is probably the best Malayalam movie trailer I've ever seen.

This is the ONLY Malayalam movie trailer where they've used techniques that are similar to that we see in Hollywood movies (assuming with a generalization that Hollywood is better than others - which apparently is not a reality, but for the sake of argument.).

The shots chosen, dialogues stitched together to form a narrative, the EXCELLENT sound design (almost like a song in itself) and timing was just brilliant! It was a delight to watch.

I googled a lot about Nirmal Sahadev, so you know how excited I was.

Cinematography is fresh (to Mollywood) and suiting the genre of the movie. Lighting is very well done and every frame is almost like a poster with perfect balance and tones.

Overkill narration is a minus

I so don't want to say this but it won't be fair if I don't.

The movie starts with Prithviraj's almost baritone narration and a hint to going flashback. Good.

Then he continues to explain the history of Detroit (almost had a Narcos effect here, with the animation and titles playing out). Good good.

Then he continues to explain his thoughts (Narration). Hmmmm, ok, let's see.. may be this is over now.

Then he continues to explain the characters (Narration). Ok, may be he should stop.

While it's great to hear his voice, and well scripted monologue, it gets to a level where I felt like a kid who's been told how the movie is playing out, what everyone is doing, why they are doing it, what's gonna happen next etc. My intelligence is been questioned here. No, nope!

On a serious note, the focus on Prithviraj's character is the lead of the movie. "Aadhi" is who leads the movie in every way, subtly or otherwise and hence the narration makes sense. But it could have been sharper.

Kudos to Nirmal for choosing it. It kind of resonates the lead character. It has a rusty past but it's well maintained and ready to race, with a "don't mess with me, or I'm gonna come for ya" kinda attitude.

Prithviraj blends into the character like anything. He is agonized, has an abusive childhood, has a lot of pain in his eyes, talks very little and is very elusive. He maintains it, every single frame, through out the movie. Now, that's skill. My respect to Prithviraj as an actor just quadrupled!

One might complain that he was a little too bland, with a BigB Mamooty kind of attitude though.

Big applause to all supporting actors!

Kudos to the casting director. Right from "Rani chechi" (Akkarakaazhchakal fame) to Deepika (Celine Joseph), the brother kid (Mathew Arun) and Nandhu - they did a great job!

All of their performances looked very real and did not look artificial at any place. Kudos to Nirmal Sahadev.

Both were in the characters skin and played out exceptionally well!

Be it a glance, or the Tamil dialogues, or those edgy moments, Ashwin Kumar nailed it. He is a promise to south Indian cinema.

Two characters that I wished were played better were Isha Talwar's and her husband's. Something were missing in those, I don't know what.

Music and BG deserves an applause!

Like I said, this movie would have been a dud, if not the music.

Jakes Bejoy deserves an award for the scores.

There's a car chase scene in the first ten minutes where Prithviraj's car jumps out of a cargo truck. At that moment, there's a racy tune that plays out which pumps up your adrenaline. Nicely done that.

Also, through out the movie the title track and it's variations play only when required and there's a good blend of silence and subtle music. Very un-like Mollywood and hence refreshing to see.

I will give a 3.8 out of 5 for this trend setter of a Malayalam movie.

It's definitely going to push the standards of Malayalam movie making several notches higher. And kudos to Nirmal Sahadev, Prithviraj and the crew for attempting it.

One thing is for sure. It will create a polarizing audience. There will only be folks who either like it or hate it - no in-betweens.

And it will have it's own place in the history of Malayalam cinema. Kudos to the entire team!

If you haven't seen it yet, go book your tickets! 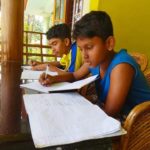 Kerala Ezhuthunnu - Keralites band together to write notes for... 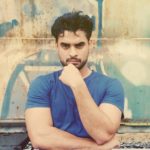