When someone thinks of rap, the first thing that comes to their kinds is usually Eminem or Tupac. American gangsters with their hoodies and expletives filled lyrics are the face of rap especially in the West. But what about the East? One self-styled "Mallu rapper" is set to change that impression around rap and bring a distinct Malayali touch to it.

Born Febin Joseph in Vytilla, Kochi the young rapper has faced many obstacles in his life. A BTech graduate, Febin left his trainee job at KSEB to pursue a career in rap music, something which probably left his parents scratching their heads.

As he so jauntily sings in his song "Avasaram Tharu", Febin has had no real backing in the music industry or godfathers to back him up. His ambition started early after his brother introduced him to the American rapper Akon - Febin too displays Akon's distinctive nasal style of rapping and pronunciation.

Using selfie videos and editing software, the young man began to slowly build a following online with his meaningful lyrics and appeal to youngsters and their issues. Febin speaks the language of the new generation, combining international influence with his Malayali heritage. He then adopted the name "Fejo" by combining the first syllable of his first name and last name.

Of course, Febin isn't the only Malayali rapper out there. His biggest breakthrough came with the support of a fellow "Mallu rapper" who made it big in Bollywood. Dilin Nair who goes by his rapper nickname of Raftaar has been instrumental in bringing Febin's talent to the forefront of attention. Raftaar has worked with some of the biggest names in the industry such as Yo Yo Honey Singh and prominent Bollywood celebrities.

Late last year, Raftaar came across one of Fejo's radio programmes and songs and was instantly hooked, even giving the young man a shoutout on social media. The rapper later flew him out to Mumbai to shoot a music video for the Breezer Vivid Shuffle national hip-hop festival. The video was done in collaboration with none other than Varun Dhawan who has been intimately associated with the festival.

Fejo has spoken about his experiences doing the shoot here.

He was also called to rap in the Tovino Thomas starrer Maradona which released last year and has collaborated with Jakes Bejoy in the writing and production of the rap song "Aayudham Edada" in Prithviraj's Ranam.

While Malayali rap may not be the hottest thing out there, it is great to see young and dedicated rappers trying their hands at making it. Fejo is the better face of new generation Malayali kids who use their talents and social media skills to do a lot of good. The young man deserves all the attention he gets. He is truly an inspiration for those who want to see what dedication looks like.

This Australian Man Just Went Viral In Kerala For All... 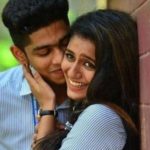 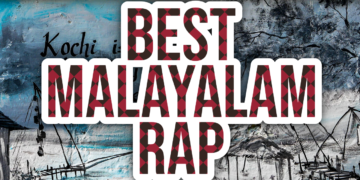