What is District 7 Kochi famous for?

So, today the KochiBuzz team visited one of the newly opened eat-outs in Kochi - District 7. Well, they aren't new as in brand new to Kochi, but they've been known for their food truck at Panampally Nagar previously. Now, they've opened their sit-in-dine restaurant in Vytilla. A small yet spacious place right next to the Royal Enfield showroom. They were running their sea-food specials this week and we couldn't resist paying a visit.

District 7 is the brain child of two entrepreneurs. Shiva and Krishna. It's a small entrepreneurial adventure of theirs for their passion for food. Well, what is different you may ask. Quite a lot, actually. You'll need to look into their dishes to understand. We did.

District 7 is famous for their diverse cuisine. It's kinda like what I've tried at Rubios in LA. You know, they got wraps, fish tacos, lasagnia and stuff like that. Of course, they also have the usuals like noodles and chow-mein too. But they have some variety on their menu. I approve!

Entrance at District 7 - Ample space outside, ample space inside.

What kind of food do you get at District 7

Like I said, several varieties. There's Chinese, Sea food, Wraps, Burgers and stuff. But today, I tried some of their sea food varieties + specials.

Here's what I ordered.

This is what I tasted first. A heavenly mix of prawns + crab meat in what I call "divine honey".

How did it go?

The bisque soup was just divine. I felt like I'm sucking off some kind of divine honey off the spoon. It was that good. I highly recommend it for those who're visiting.

Squid onion rings were rightly cooked. Not too hard not too chewy - just right! It wasn't spicy enough to my taste but that's what I ordered. I wish there were more of it though.

Crab Fry was to die for. Rice, was good. Not enough quantity though.

Taste like heaven! Wish I had more on the plate.

Crab fry + rice was just awesome. Basically, what it is is a nice big lump of crab meat shredded and well masala-fied to your taste, served along with almost a small bowl of rice. The combo is just great! Crab was nicely cooked and well masala-fied. (There was a real crab shell alongside the dish.) The rice was tasty (I think they washed it with crab juice) but not enough for me.

This was out of the world!

Overall, the food was just cooked to perfection. Amazing taste and totally yummy. The only thing that hit me was that there should've been more of each. Compared to what you get elsewhere, there's only so much on the plate that you'll want to order more.

The price isn't on the lower side mostly. Example, for the crab fry + rice, it cost me Rs. 650. A little steep even not considering the less quantity you get.

But the taste fixes it all. When you leave District 7, you will leave feeling the amazing taste lingering in your mouth, just that you might not be full.

(And oh, btw, they don't have much parking space available. I parked in front of the shop next to them as it was late night and the roads were empty.)

Food taste’s just amazing! They have it all perfected. Space is not huge, it’s a small place but ok for small groups. Food is slightly expensive while service is very pleasing. However, food quantity (portions) were below satisfactory. 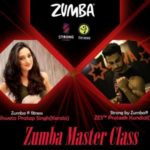 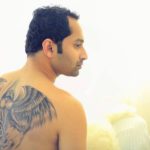 Which Are The Best Tattoo Parlors in Kochi? 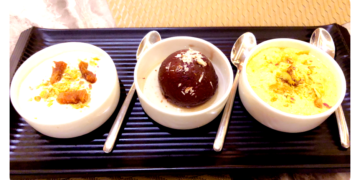 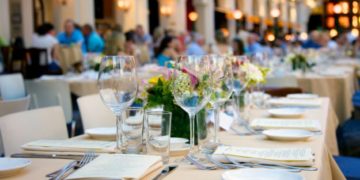 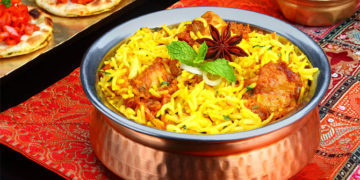