Nivin Pauly's much-hyped film on the Robin Hood of Kerala will hit screens this October 11th. The actor confirmed the date on his official Facebook page, putting an end to days of speculation

Kochunni is Nivin's first film with the director Roshan  Andrrews and is heavy on action, romance and drama. The film is based on the life of Kayamkulam Kochunni, a brigand and well-known figure in Kerala history and legends. The film is an imaginaive recreation of Kochunni's life as depicted in the Aithihyamala.

The film was supposed to be an Onam release but was postponed in the chaos of the Kerala floods. The new date of October 11th is also Nivin's birthday. The actor will be turning 34.

Nivin Pauly will be seen onscreen along with Mohanlal who plays the character of Ithikkara Pakki. The combo has generated a lot of interest and many fans are excited to see the two working together for the first time. the film also stars Priya Anand, Babu Anthony, Sunny Wayne and a host of other stars.

The trailers and teasers for Kayamkulam Kochunni have generated much interest, although some have criticised the overly-saturated tones of the cinematography. The innovative marketing for the movie such as having "WANTED" posters for Kochunni plastered around crowded areas like railway stations has also drawn a lot of interest from people.

With a budget of well over 45 crore, Kochunni is one of the biggest films made in recent times. It follows a resurgence of mythical themes in Malayalam cinema, with the announcement of Prithviraj's Kaaliyan as well as Mohanlal's Odiyan and Randamoozham. Since the Baahubali craze, Malayali filmmakers also seemed to have cottoned on to the audience's reaction to epic themes. 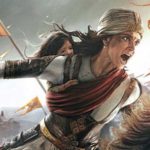 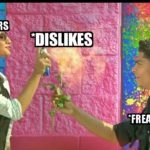